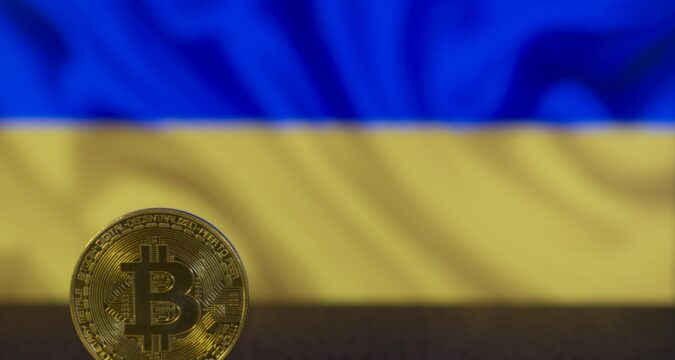 The aura around cryptocurrencies in the European region is not quite encouraging. The Central Bank of Europe wants to introduce digital euro rather than digital assets in the marketplace. However, one Eastern European Country with a struggling economy seems to be getting on board with the new technology. Ukraine is a sovereign nation that shares a border with Russia.

Despite its important geographical location, the country has been struggling with political unrest, economic instability, and other issues. Considering the current situation, Europe has taken measures to adopt cryptocurrencies and invite more mining projects in the region. If Ukraine can go ahead with this plan, it would be able to become the next Salvador in Europe. The only issue is that all think tanks are not onboard with this plan due to the danger of increasing amount of corruption and money laundering possibilities.

The International Corruption Index has Place Ukraine at the Bottom

The International Corruption Index is a scale that ranks countries based on the amount of corruption present in a country. Ukraine has been placed at 117th on the 2020 IC index. This rank is far from being good enough, and it depicts the main reason behind the struggling economy and the uneven division of money among the masses.

The upper-class members of the society like Mishalov Viacheslav, a city council deputy, own as many as $700 million Bitcoin under his capacity. On the other hand, the average income of a Ukrainian citizen is as low as $450 per month. The country also depends heavily on loans from the IMF. Meanwhile, IMF has expressed reservations about the ongoing cryptocurrency adoption.

Fake cryptocurrency scammers based in Ukraine lured people into putting their money into a con project. Several phishing attacks and hacking attempts have been thought to have shelter in Ukraine and its surrounding countries. The authorities are trying to get Europol and other law enforcement agencies to intercept and fold these operations.

Bornyakov, a former tech entrepreneur and IT Minister of Ukraine, stated that when a new technology is presented in the market, it is misused by the criminal. It is also the case with cryptocurrencies. However, people must realize that cash is also a tool for criminal activities. The government of Ukraine is also planning to offer miners the benefit of excess nuclear power energy to provide cheaper sources of electricity.